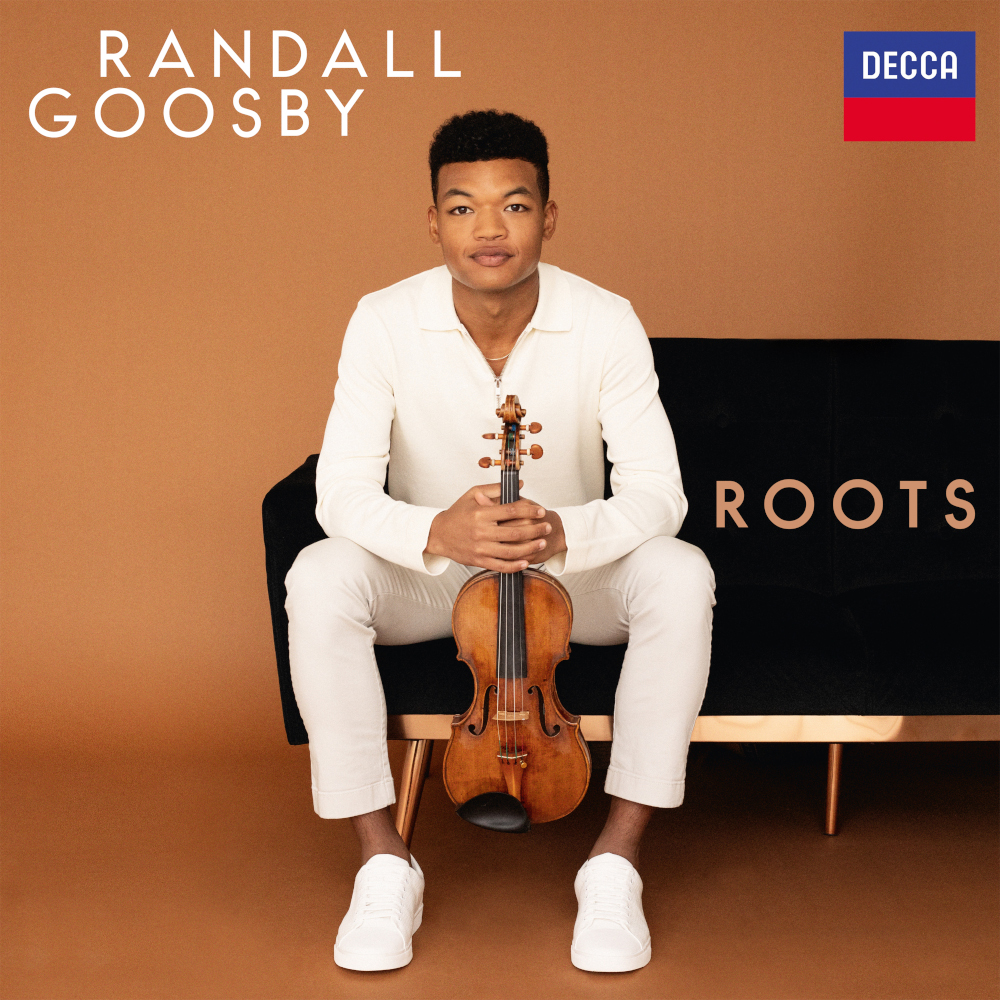 On 25th June 2021, rising star violinist Randall Goosby releases Roots, an exploration of the music written by Black composers and inspired by Black American culture. The album is a homage to the pioneering musicians that paved the way for Goosby and his generation of young artists, and looks to the future, opening with a specially-commissioned work by New Jersey-based composer Xavier Dubois Foley.

Goosby says, “I am so grateful for the opportunity to share this album during such a pivotal moment in history. It has been a year of division and isolation for so many – I hope this music will inspire not only the kind of curiosity and creativity that brings people together, but also the reflection, understanding and compassion we so desperately need moving forward.”

“Many of these African-American composers – William Grant Still, Florence Price, Coleridge-Taylor Perkinson – had to navigate society at a time when racism, prejudice and segregation were commonplace. Today, artists like myself, and other young artists of colour, enjoy more of a sense of freedom and confidence in pursuing a career in classical music.”

Produced by 2021 GRAMMY Producer of the Year, David Frost, the release also includes world premiere recordings of music by Florence Price, lately enjoying renewed recognition across the world. Price made history as the first African-American woman to have her music performed by a major US orchestra in 1933, but after her death, her music faded into obscurity. In 2009, manuscripts of Price’s music were rediscovered and saved from destruction from her former home in Illinois: two ‘Fantasies’ are commercially recorded for the first time, and ‘Adoration’ is recorded with violin for the first time on Roots.

Maud Powell (1867-1920), one of America’s first internationally acclaimed violinists, was known for championing music written and performed by women and Black composers. Her transcription of Black British composer Samuel Coleridge-Taylor’s Spiritual ‘Deep River’ features on this new recording, presented for piano and violin.

Known for his classical, jazz, and film music as much as his collaborations with performers including Marvin Gaye and Harry Belafonte, Coleridge-Taylor Perkinson (1932-2004) dedicated his ‘Blue/s Forms’ to African American violinist Sanford Allen, the first Black member of the New York Philharmonic. The work in three parts draws influences from Baroque counterpoint, Black folk music and American Romanticism. Allen, born in 1939, remains a close friend and mentor to Goosby to this day. Jascha Heifetz’s virtuosic violin transcriptions from George Gershwin’s (1898-1937) Porgy and Bess follow, showcasing Goosby’s technical brilliance in the interpretation of American classics.

William Grant Still (1895-1978), the first American composer to have an opera produced at NY City Opera, wrote his lesser-known chamber piece ‘Suite for Violin and Piano’ in 1943, nicknamed ‘Mother and Child’ after the work’s second movement. Each of the three movements takes its name from a sculpture: Richard Barthe’s African Dancer, Sargent Johnson’s Mother and Child, and Augusta Savage’s Gamin, each artist a notable force in the Harlem Renaissance of the 1910s-30s.

Czech composer Antonín Dvořák (1841-1904) composed ‘Sonatina’ in the autumn of 1893 when the composer was staying in New York City, following a return from the American Midwest. Heavily influenced by his exploration of Native American melodies and Negro Spirituals while in the United States, Dvořák utilises pentatonic scales and syncopated rhythms, with the second movement’s plaintive melodies echoing the nostalgia felt by the composer for his homeland.

A year on from their first meeting at the 2010 Sphinx Competition in Detroit, Michigan, at which a 13-year old Goosby would become the youngest musician to win First Place in the junior division, Goosby and Xavier Foley would reunite in 2011 at Shelter Island, New York, as participants in the Perlman Music Program. As their friendship developed, so did the bluegrass and R&B-inspired contemporary work ‘Shelter Island’, receiving its world premiere recording on Roots.

Goosby’s sparkling enthusiasm for the violin seeks to show young people that music can inspire regardless of background, and with the release of Roots, he continues to recognise the immense impact of the work done by Black and female composers in the last century. He says, “If it weren’t for these composers, these artists and this music, I wouldn’t be able to do what I’m doing today. This recording is a tribute to their lives and experiences, and their dedication to creating this art that we all love.”